Spectrogon derives its origin partly from research conducted at the Royal Institute of Technology, a leading Swedish technical university, and partly from research and development projects at AGA AB, a former major Swedish industrial group. In 1980 we became AGA Optical, which eventually became Spectrogon in 1984. Spectrogon AB became an independent company on June 28, 1991. 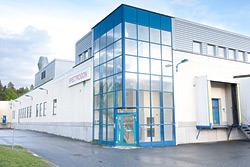